You probably know Tom Robson because he’s that Canadian guy that the Blue Jays drafted in the 4th round back in 2011. Coming into 2013, he wasn’t sexy enough to make any notable top 10/20 prospect lists for Toronto (John Sickels didn’t even give him an honourable mention on his top 20), but he had a really solid season this year. Split between Bluefield (rookie level) and Vancouver (A-), Robson had a 1.12 ERA, 6.6 K/9, and 2.94 K/BB in 64.1 IP.

Typically, we don’t see an ERA that low when a pitcher has fairly average K and BB rates like that. So Robson just got a bit lucky with the earned runs, right? Well, maybe not.

You see, Tom Robson is a freak.

Using the data on MinorLeagueCentral.com, which offers lists of every organization’s pitchers from rookie ball to the big leagues, Tom Robson was one of only four pitchers in professional baseball with at least 50 innings pitched and a groundball rate over 66%. Here’s the full list:

(Note: Seth Maness had a GB rate over 66% in 62.0 major league relief innings for the Cardinals, but his overall GB rate falls below our cutoff when his 4 PCL starts are included.)

As a starting pitcher, Robson’s only peer on this list is Dallas Beeler. The other 2 (or 3) are relief pitchers. You all know about Brad Zeigler’s knuckle scraping throwing motion, but here’s a reminder: 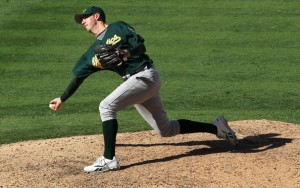 And this is how minor league relief ace Ben Rowen chooses to hurl baseballs: 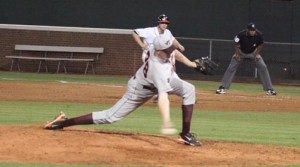 Tom Robson is in some weird company.

~60 innings pitched isn’t exactly a huge sample size though, so I considered that maybe there’s simply a small sample size effect going on. According to Pizza Cutter, GB rate for pitchers stabilizes in about 70 balls in play. According to a slightly older piece from Derek Carty the magic number is 0.2 major league sized years (about 40 IP). In either case, Tom Robson’s GB% should be fairly stable at this point, and a near enough estimation of his true talent towards groundball induction. The Canadian kid appears to be an 80 grade groundball getter.

I reached out to Tom on twitter about this part of his game. Here’s what he had to say (paraphrased):


“Ground balls are a huge part of my game. There’s a better chance of my defense getting the hitters out, and turning double plays. They come from my sinker. 2 seam fast ball that has some sink and run to it. It’s mainly between 90-93, touching 94.”

What does this mean for Tom Robson though?

Well for one thing, his sparkling ERA this year might not be as lucky as it seemed at first glance. Groundballs often mean weak contact, and runs against tends to decrease as pitcher GB rate goes up. GB freaks like Zeigler, Brandon Webb, and Moneyball superstar Chad Bradford have all produced solid career ERA and FIPs despite K and BB rates that range from mediocre to kind of ugly. Pitchers who induce a lot of groundballs decrease the chances that batted balls will result in runs, and increase the chances that their defense will make outs behind them on any given batted ball. To take a quote from some work that Matthew Carruth did:

More importantly, it’s a pretty significant asset to have on his side as he tries to develop into a major league pitcher. Being a 20 year old right hander in A- ball with a 6.6 K/9 and a 2.2 BB/9 is a lot different than being that same guy with extreme worm-burning skills. Robson isn’t the type of prospect that one might think by simply looking at his Baseball Reference page (unless you’re a big fan of minor league ERA, then I guess you would have liked him already for all the wrong reasons).

Feel free to bump up Tom Robson’s prospect status in your books…. Even if it’s just by a hair, and nobody really cares what your books say. 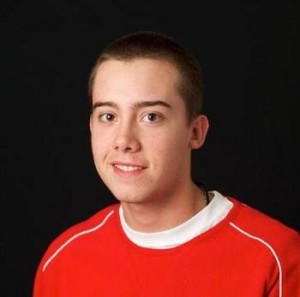 What is Jose Bautista Worth?
My 2013 Awards Picks