Chris Cotillo (who is, no jokes, still in high school) just reported that the Tigers have traded Doug Fister to the Nats.

Doug Fister should be worth a lot. Maybe A LOT. He is coming off of a very stellar 4.6 fWAR season, he has 15.9 fWAR in the last 4 years, and he’s durable to boot (26+ starts in every year of his career). He’s still arbitration controlled for the next 2 seasons, and he’s only thirty years old.

If you’re a Blue Jays fan who has been wondering what it would take to land Jeff Samardzija, think of Doug Fister as a slightly more effective, slightly more reliable, but slightly less sexy version of Jeff. So in a rational trade market, Fister should actually cost a bit more than the guy that everyone is afraid Anthopoulos will trade Sanchez or Stroman for.

It’s hard to imagine what the Tigers are thinking, but perhaps they are trying to clear some payroll space to lock up Max Scherzer. Fister is coming off of an optically excellent season of 32 starts with a 3.67 ERA, and the arbitration authorities will surely hand him a healthy raise above the $4M mark he made in 2012. The Tigers could also view Drew Smyly as a guy who should be given a real chance to start.

Jess Passan on the Twitter had this to say:

@JeffPassan: Tigers had been dangling Doug Fister and Rick Porcello in hopes of getting late-inning relief help.

It should go without saying that if the Nats are getting Fister for a late inning reliever based package, then this could be viewed as a big missed opportunity for the Blue Jays, who have plenty of good relief depth with 2013 All Stars Brett Cecil and Steve Delabar slotted in behind nominal closer Casey Janssen and former nominal closer Sergio Santos.

So the Tigers might have just got Fisted, but let’s wait and see what the package is.

Chris Cotillo twitterated that “Lombardozzi, Robbie Ray among names potentially in Fister deal to #Tigers.” The Nats could probably deal one of Drew Storen or Tyler Clippard and not miss much in the relief department, since both of them currently slot in behind veteran save collector Rafael Soriano.

The internet at large is now speculating quite heavily that the package for Fister is Steve Lombardozzi, Ian Krol, and Robbie Ray.

If true, the Tigers lost an immense amount of value in this trade and Washington made out like the franchise-stealing bandits that they are.

Ian Krol throws hard, is left handed, and missed some bats in the minors last year, but he’s still just a relief pitcher without a pedigree. He wouldn’t project to be worth a significant amount of wins or value.

Lombardozzi has put up negative WAR in 257 career games. Maybe he’s a bench piece or a stopgap to Castellanos at 3B (or insurance for Castellanos).

Robbie Ray was/is the Nats’ #5 prospect according to Baseball America. He’s a lefty that had some solid peripherals last year between A+ and AA. He might be worth a few million bucks.

Doug Fister is a bona fide #2 SP that should put up something like 6 WAR in the next 2 years. That’s $46.82M in on-the-field value, so something like $30M in surplus value after guessing at some arbitration figures.

And yes, it would have been nice for Toronto to land Fister for something like this, but that’s just not how the game works. GMs don’t always make “rational” trades, and they probably don’t send a last minute fantasy baseball style email to all of their peers in the form of, “Hey everybody. I have a deal I like for Doug Fister. Last chance to make an offer!”. For all we know, Anthopoulos offered up some relief tokens but was swiftly rebuked by an apparently ill Dombrowski. 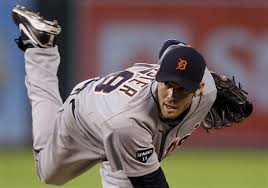