This is the first of 6 parts in my series ranking MLB starting rotations. The rankings will be largely based off of my projections, with some manual fiddling. Pitchers who are all but guaranteed spots in their respective rotations will be included, and then any other spots will be filled with the best pitcher available. The projections are considered to be in a vacuum (no park factors, team defense, or catcher help). This makes it very easy to compare pitchers on different teams. The order of the rotation is by my projected ERA’s (not the actual rotation). Let’s start it off!

You may be thinking “Hey, the Brewers haven’t been that bad!” That would be true, but not because of the pitchers. You can give that credit to Jonathan Lucroy and Martin Maldonado. The 2014 ERA projections for the rotation are 4.13, 4.15, 4.28, 4.43, and 4.52 respectively. These projections are in a vacuum and exclude the team’s catcher and defense, park and league. You will likely see better values in 2014 due to being in the NL and having 2 of the top 10 pitch-framing catchers, but it’s not because of the rotation’s skill. Kyle Lohse has been riding on the back of top framers (Y. Molina, Lucroy, Maldonado) for awhile now. My projections take out that noise and project him to be a well below-average pitcher. Out of the five, Estrada is the one to watch. He has above average SwStr% numbers and definitely has the potential to outperform his projection. 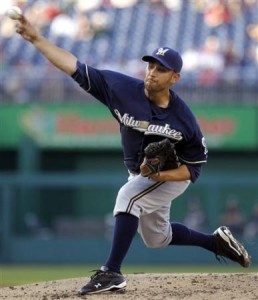 One would expect the Astros to be down here. The rotation has projected ERA’s of 4.06, 4.17, 4.19, 4.26, 4.44. Cosart had a rough time in his debut last year, issuing more walks than strikeouts. He had an awful xFIP and is projected terribly by Steamer. My projections give some hope though. Based on his pitch by pitch peripherals, he’s due for a healthy bump in K rate and a good reduction in walk rate. He’ll definitely have a better 2014 (sabermetrically speaking). Keuchel is the one to watch after posting a 3.58 xFIP last year. His K rate is expected to regress a bit, but I’d put money on him being the best Astros starter in 2014. Another thing to note with the Astros is the possible call up of Mark Appel, which could give them a boost depending on how he performs. 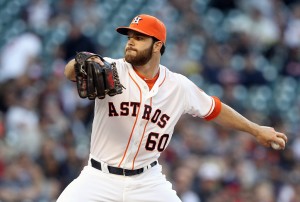 Dallas Keuchel and his beard

The Twins improved during the offseason, signing Nolasco and Hughes, or else they’d be at the bottom of this list. Projected ERA’s of 3.71, 4.22, 4.25, 4.49, and 4.56 with Nolasco being the sure “ace” of the squad. Albers had a decent start to his career in 2013. The contact pitcher posted a 3.96 FIP with only a 3.75 K/9 in 60 IP. Albers’ K rate is expected to jump next year, but his walk rate is also expected to regress. The Canadian may be able to earn a permanent job in the rotation going forward. Pelfrey and Correia are projected to be among the worst full-time starters in the league. The Twins really need some better production and should consider giving Vance Worley and Kyle Gibson more of a shot. 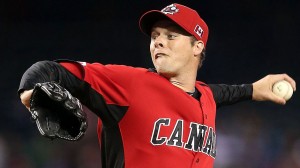 Don’t be too alarmed to see the Royals down with the last three teams, there’s quite a gap in talent level from 27 to 28 and the next few teams coming up are very close together. The top half of the rotation is just fine. It’s the number 5 spot that pulls them down. If the Royals can replace Guthrie with Ventura going forward, then they will jump quite a few spots. The projected ERA’s are 3.64, 3.77, 3.94, 4.26, and 4.67. Danny Duffy is a real breakout candidate. xFIP doesn’t like him, and neither does Steamer or Oliver (to an extent), but my projection method really does. Based on his pitch to pitch data, he is in for a K rate jump, and a walk rate drop. I can see him as an above average starter going forward. Davis is also expected to somewhat “breakout” after a forgettable 2013. Vargas will be Vargas and be a typical number 4-5 guy. Shields is projected right in line with his career xFIP. A solid frontline guy. 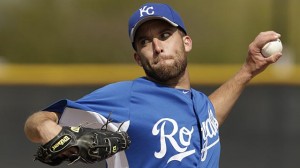 Having the starter projected for the second best vacuum ERA helps the rotation here, but the rest is sub-par. Rotation ERA’s are 3.11, 4.01, 4.04, 4.33, and 4.70. Finding someone to replace Rienzo would be very beneficial. Hector Santiago would have helped, but the return the Sox got was superior (Adam Eaton). The Sox are rebuilding (kinda) and acquiring young, MLB ready players (Eaton, Davidson, Abreu) to complement Sale. Sale would be a good bet to compete for the Cy Young this year, but probably won’t win if the White Sox can’t win, unfortunately. His projected WAR and RA9 WAR lead the league. 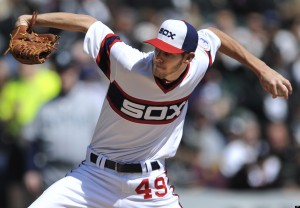 Look for the next part of the list soon! With ranks 25-21. Make a guess of the next 5 teams in the comments!