When the news broke that Alex Rodriguez’s unprecedented 211 game suspension was reduced to 162 games by an independent arbitrator, I couldn’t help but feel a wide range of emotions. Sadness, anger, relief and more flooded my brain when I heard the arbitration ruling, but mostly I was left in a profound sense of confusion.

Just who was the winner here? 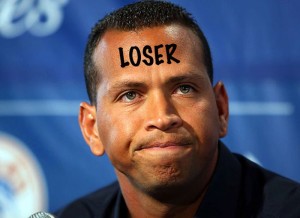 It’s certainly not Alex Rodriguez, who released a statement even before the ruling was made public that he would take his case to federal court. You can read his statement in its entirety on Alex’s Facebook page, but the long and short of it is that Alex has painted himself the victim, a guy who’s been railroaded from the beginning. He is fighting the good fight so that no player would ever have to go through what he is going through and that future players don’t lose any rights; specifically guaranteed contracts, in the next Collective Bargaining Agreement. He has steadfastly maintained his innocence through the entire process, vigorously denying any and all accusations against him. It’s really too bad that none of that matters. I won’t speculate on the chances of Alex being successful in his appeal to Federal Court – I will leave that to those who have the legal knowledge and expertise to provide insight. Regardless of whether he is successful or not, Alex’s name will forever be smeared and tainted by the performance enhancing drug cloud. He’s an admitted user, and that alone is enough for many to draw the conclusion that he’s probably guilty now, so any punishment he gets is warranted. Now that he’s been suspended, appealed and failed to have his suspension overturned, the name Alex Rodriguez will never again be held in high regard in the annuls of MLB.

Well then MLB must be the clear winner right?

Not so fast. The way that MLB has pursued Alex Rodriguez and other players associated with BioGenesis is hardly above reproach. Paying for evidence from Anthony Bosch, who has a vested interest in supplying evidence against his clients in order to save his own skin, is suspect. Add to that the leaking of evidence to the media to start trying the case in the court of public opinion and there are very legitimate reasons to question the MLB’s tactics. There is a victory here, as Bud Selig and MLB finally got their man by any means necessary. A-Rod’s head will adorn Selig’s wall forever and it does send a strong message that if players use PEDs, MLB will be doing everything it can to catch and punish them, and the punishments might just be more than they Collectively Bargained for.

No, the clear winner here is the New York Yankees. 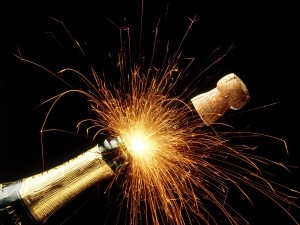 If we assume that A-Rod’s federal case is ultimately unsuccessful, the Yankees will have saved 25 million dollars in actual salary, and 24.3 million against the 2014 luxury tax threshold. As reported by Joel Sherman via twitter,  since the season is 183 days, and not counted as 162 games, the Yankees will still be on the hook for approximately 3.16 million dollars of the 27.5 million dollar luxury tax hit from 2014. Corks are popping all over the Yankees’ corporate headquarters with the ruling as this will now provide them the flexibility to go after upgrades for their rotation, most notably Masahiro Tanaka.

A-Rod did touch on something very important in his rambling statement though. He made a point of bringing up the potential abolishment of guaranteed contracts in the next CBA in 2016. This is probably the most important of all issues raised by this circus. Even when the first 211 game suspension was announced, there were questions as to whether or not the Yankees will try to use this scenario to void their contract with Alex Rodriguez, which still has them on the hook for 61 million dollars for 2015-2017. Honestly, I wouldn’t really blame them if they did, since A-Rod’s best years are long behind him and even before the ink was dry when this contract was signed years ago, everyone knew it was going to be an albatross. I highly doubt this will happen in this case, since the MLBPA would fight it from start to finish, and it would set a very dangerous precedent that would cause significant backlash against the team.

When these kinds of dollars are at stake, people will do pretty much anything to get ahead, as PEDs themselves are evidence of. Of course, the MLBPA would never let that happen, and would most definitely cause a work stoppage if that became something the owners demanded.

And if that happens, nobody wins.