This is part 2 of a 3-part series outlining the major needs of the Jays going into the 2014 season, and what GM Alex Anthopoulos has done to address those needs. Part 1 – Upgrade Catcher can be read here.

As much as the catching position needed an upgrade, the Jays 2b position was even more abysmal in 2013. Providing -2.1 cumulative fWAR at the position were a combination of Maicer Izturis, Emilio Bonifacio, and rookie call-up Ryan Goins, good enough for dead last in all of baseball, and it wasn’t even close. Only 4 teams posted a negative value at 2B in 2013; the Cubs and Marlins at -0.5 fWAR, the White Sox at -1, and then the Jays. There’s no way to spin that other than being straight-up atrocious. Mark DeRosa and Munenori Kawasaki also played 2B in 2013 for the Jays, but not enough to make a huge difference on the numbers, so they will not be included. 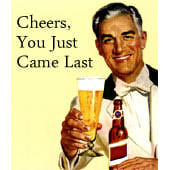 Plan A in 2013 was Izturis. Brought in via free agency prior to the 2013 season and given a 3-year, 9 million dollar contract, with an option for 2016, Izturis was the definition of average; decent with the glove, a switch-hitting contact oriented hitter with limited pop, and a veteran who was good in the clubhouse. Nothing about Izturis really stood out as a strength, but nothing stood out as a weakness either. Decent plan right? Unfortunately, Izturis went on to have the worst season of his career in every aspect of the game. Rather than me listing them all out here, just click the link to his Fangraphs player page, then look at the tiny numbers in 2013 over just 399 plate appearances. He was awful. Total value, -2.1 fWAR.

Plan B was Emilio Bonifacio, the jackrabbit utility IF/OF snagged as part of the huge Marlins trade. Bonifacio could do it all, play all over the IF and OF (opinions vary on how well) and be a late inning pinch runner who could swipe bags when needed with fellow speedster Rajai Davis. Unfortunately (this word will come up a lot, unfortunately) the only note-worthy contributions Bonifacio made to the Jays was playing a role in the “Lo-Viste” sign/signal/celebratory hand gesture. His defense was suspect, was bad with the bat, and he never really hit the ground running in any aspect of his game until he was traded to Kansas City for cash considerations. Total value -0.4 fWAR

Plan C was minor leaguer Ryan Goins. A career Jays’ farmhand, Goins came to the show and immediately made his presence felt with the glove, make spectacular defensive plays and really solidified the right side of the infield defensively. His bat was a huge disappointment however, and he only played after all meaningful games were over. Total value +0.4 fWAR.

Now comes the part of the article where I detail what Alex Anthopoulos did to address this incredibly obvious need. 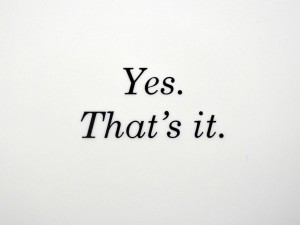 So lets try to look at the glass being half full.

Izturis just had the worst season of his career, so there’s probably reason to expect a bit of a bounce-back in 2014. A career-low BABIP of .239 will probably regress towards his rate of .292, he will probably be better defensively since he’s always been a positive value defender in his career and there is an adjustment period for players completely unfamiliar with turf and how differently the ball reacts. Steamer projects Izturis at 0.3 fWAR over 378 PA, Oliver a bit more bullish with better defensive contributions at 0.7 fWAR with 600 PA, and ZIPS is the most pessimistic at 0.1 WAR over 372 PA. Not exactly confidence inspiring projections, but when you consider that those projections would actually result in an improvement of 2.2-2.8 fWAR better than what he provided last year, that’s decent.

Goins will also get his shot at the job. Great defense is his calling card right now and based on last years numbers, he was on an historic pace in UZR/150 at 33.1. To put that into perspective, the highest ever UZR/150 since it’s inception was Mark Ellis in 2008 with 20.8, and only twice has there been a rating above 20 (the other being Aaron Hill for Toronto in 2006 at 20.2). Based on that, expecting Goins’ defensive contributions to be close to what he did last year would be very optimistic, and also not realistic. The only problem is, he will have to be near perfect with the glove in order to contribute a positive value to the Jays, since his offense has very little projection. His wRC+ has gone down every year in the minors, to just 90 in AAA last year and 2014 will be his age 26 season. Projections are not fond of Goins’ bat, ranging from 60 wRC+ to 68, so a range of 0.0 to 0.7 fWAR over a full season is probably his ceiling, depending on where his defensive value ultimately ends up. But, since our glass is still half full, that’s 2.1-2.8 fWAR better than 2013. 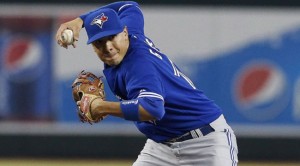 Goins with a solid play to first.

Kawasaki will probably see some time with the Jays depending on injuries and Getz and Morel are nothing more than AAA depth, to be used only in case of emergency and a warm body needed, so Izturis and Goins are going to be it for the lion share of 2014.

But, free agent options remain! Or, rather a singular option, with Stephen Drew being the only real option available when you’re trying to add wins. Drew is a decent hitter with some pop, takes his walks and is good defensively at short, so would likely not suffer significantly on the turf at 2B defensively. Roadblocks here however start with the fact that he would cost the Jays their 2nd round draft pick in the 2014 amateur draft since he turned down a Qualifying Offer from the Red Sox, and finish with Scott Boras being his agent. Recent reports  have Boras demanding an opt-out clause after 1 year for his client. This really makes it unlikely for the Jays to be serious about Drew since taking the risk of signing a player and losing a draft pick, only to watch the player opt out after 1 year is huge.

As Breaking Blue’s Nikolai Ballevski pointed out in January, a trade for Logan Forsythe could have been a very decent option. AA missed that boat though as Forsythe was acquired, along with 4 minor leaguers, by the uber-efficient Tampa Bay Rays 1 day later for nothing more than a very good LH reliever and a non-prospect minor league pitcher. 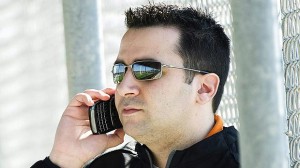 Hi Josh. Alex here from Toronto, what would you need for Forsythe?….Really? Last month eh…. to the Rays…

Lefty-pitching killer Jeff Baker was also available via free agency. While playing 2B some days, Baker could have also helped the Jays as being the right-handed half of a DH platoon with Adam Lind. Baker signed for 2 years with Miami for just 3.7 million total.

Synopsis of the above: The Jays 2B position in 2013 was terrible and in dire need of improvement. It was noted by Fangraphs’ Jeff Sullivan as one of the three worst positions amongst all teams that could be contenders in 2014. Essentially, everyone who watched the Jays in 2013, whether they favor traditional stats, saber stats or just watching the games and forgetting stats entirely came to the same conclusion; the Jays could not go into 2014 without making an upgrade at 2B. Knowing this, any sane person would expect something to done about it, either with a trade or free agent signing regardless of losing a draft pick. Anthopoulos however, has taken the opposite approach and will be relying on the same in-house options as last year minus Bonifacio, and is hoping last year just an aberration. Could it work out? Maybe? Maybe last year was just one of those years for Izturis and he does come back in 2014 and puts up similar numbers to a few years ago? Maybe Goins gets the job and does have a somewhat better year than expected with the bat while still providing great defense and the Jays end up 3-4 wins better than last year at 2b? That’s way too many question marks for me.

I’m not holding my breath for a Drew signing, even though that would be the best case scenario at this point if Boras drops his demands for a 1 year opt-out. That, or a trade that nobody sees coming are the only ways for Anthopoulos to truly make an in impact at 2B for 2014.