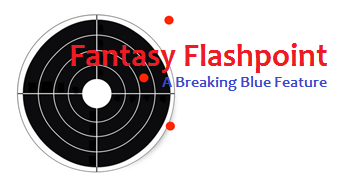 This project continues our new fantasy baseball series, Fantasy Flashpoint, and will kick-start a rankings conversation that will persist into the season and beyond. Breaking Blue has ranked the top 600 players for dynasty leagues, for leagues with standard 5×5 scoring. League roster structures and sizes will vary and the rankings can be adjusted for different formats. These rankings are probably best suited for an 20-team league that has 35-man rosters. Prospects are slightly less valuable in leagues with frictional costs for promoting (e.g., a rule that says prospects cannot be sent down once promoted).

Players who can produce at a high level in 2015 are emphasized but age and upside are also important factors. The players are ranked on their total value to a team positioned at the median of a league and essentially represent trade value. If you think a player is ranked too high or low or have a question about why we ranked a player as we did, please comment below the post.

Here it is, Breaking Blue’s Top 600 Dynasty League Assets for the start of the 2015 season. You can toggle between table pages at the bottom of the display.