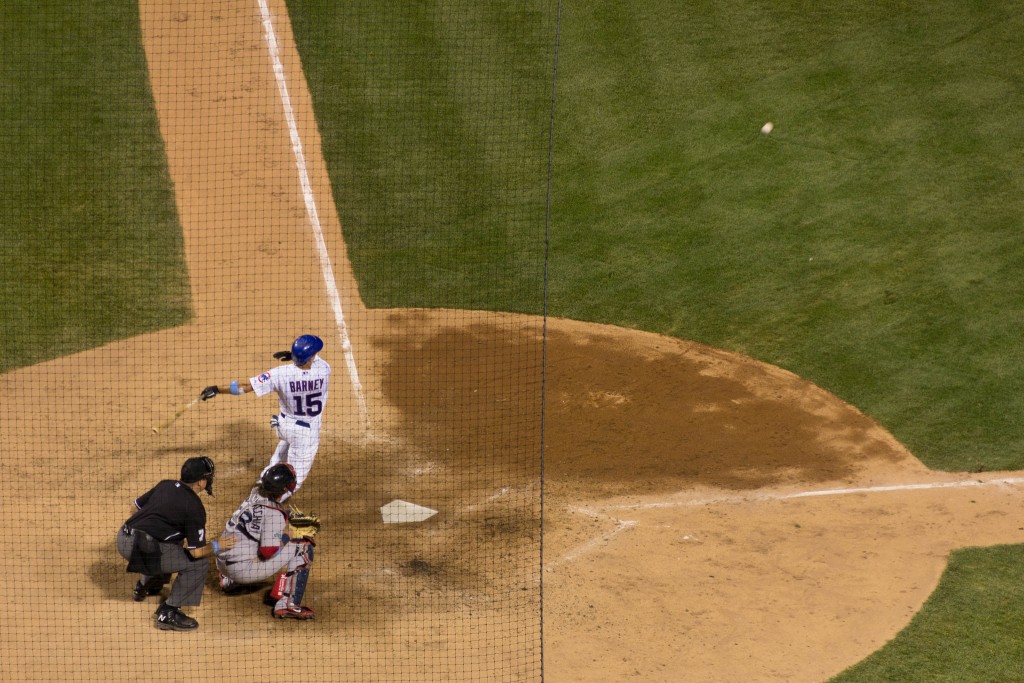 I haven’t published anything for the past couple weeks because I’ve been busy transitioning back to school, and because I’ve been working on a long Pitchf/x-centred article on pitchers, the count and the strike zone. Much of the research has been done so I hope to publish that article soon.

In the meantime, the Blue Jays have been very busy! There’s been little reason to feel bad about them in months. They just concluded a pivotal four-game series victory over the rival New York Yankees, ostensibly the only team they’re in a race with. This puts the Blue Jays in a commanding position: Fangraphs estimates their division win chances at 89%. There is a lot to be excited about in Blue Jays land and the fanbase is embracing the team as well as you could expect. Here are some Blue Jays News & Notes as we sit here on September 14.

– The Blue Jays have an off-day today, which gives them a much-needed opportunity to rest some key guys. Edwin Encarnacion is nursing his recurring hand injury and hopefully with the rest he’ll be ready to go on Tuesday in Atlanta. Josh Donaldson has played in every game since July 12, so it’s nice when he (and other regulars) get a day off. The Yankees keep playing, however, and their games are as important to the Blue Jays division chances as Blue Jays games are. They throw CC Sabathia out to face Erasmo Ramirez in Tampa and are slight under-dogs according to Fangraphs.

– Craig Edwards of Fangraphs looked into attendance trends and found that the Blue Jays are enjoying the best attendance bump of any team since June, with an additional ~8000 fans showing up and ~3000 more when compared to last year.

– Losing Troy Tulowitzki for the rest of the regular season (and perhaps longer) is a big blow. The weekend was still a success, however, because of the victories over New York. The Blue Jays are in great shape to win the division no matter what. As such, what will likely matter with the Tulowitzki situation is whether or not he’ll be good to go for the postseason. It’s a fluid situation that the Blue Jays will be monitoring closely.

– Marcus Stroman’s results weren’t really that great on Saturday (not many swinging strikes, had control issues), but he didn’t look limited on the mound and was able to throw all of his pitches. A healthy Stroman could be a real asset for this team down the stretch and into the playoffs. Having him in a playoff rotation with David Price is enticing.

– Acquiring 2012 NL Glove Glove winner Darwin Barney was a good idea for the Blue Jays since it didn’t really cost anything and just gives the Jays another middle infield body. He, Cliff Pennington and Ryan Goins are very similar players: plus defensively with a ~70 wRC+ bat, so you’d assume that the team will go with some sort of platoon in the middle infield. Pennington switch-hits, Goins hits left and Barney hits right.

So there you have it. I’ll be back next week (if not earlier, perhaps following the Braves series) to provide some topical News & Notes once again.