Phil Hughes Signs With the Twins

As we found out this  cold, dreary Sunday morning, right-hander Phil Hughes has signed with the Minnesota Twins, according to La Velle E. Neal III of the Star Tribune. Hughes’ deal is worth $24 million over 3 years. Hughes has posted 4.3 fWAR over the past three seasons accompanied by ERAs of 5.79, 4.23, and 5.19 in that time.

Moving to a pitcher’s park and away from the pitcher nightmare of Yankee Stadium (103 park factor), Hughes is likely best-suited to a park with long dimensions like the Twins’ Target Field (404′ out to center field; 100 park factor). The signing comes just days after we found out that Ricky Nolasco would also be joining the Twins. 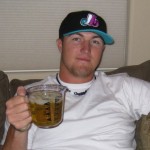 This seems like a solid deal for Minnesota. Hughes’ ERA might not have been pretty for the last few years in New York, but he was a flyball pitcher on a launching pad there. Hughes was an above average starting pitcher in 2 of his last 4 seasons in New York. He had 2.5 fWAR in 2010 and 2.3 in 2012. In both of those years he had low 4’s ERAs while pitching in pinstripes – that’s no easy task. Steamer likes him to put up 2.14 WAR in 2014 if he makes 33 starts.  If we knock that down by a bit for pitcher injury risk (25%) and add standard decline for the following two seasons, Phil might reasonably give the Twins 1.6, 1.1, and 0.6 wins in the three years of this contract. That would mean about $26.34M in value for the Twins according to our figures, so a slight surplus on the given contract.

But Phil Hughes’ repertoire might indicate that he still has a bit of upside to achieve, and the Twins rotation was positively horrendous last year (2nd last in ERA and 4th last in FIP). If there is actual upside with Hughes that isn’t measured in his performance projections, then the chance that he meets that upside as a Twinkie has to be given a bit of monetary value. Likewise, the starting pitching performances that he provides probably mean a bit more to Minnesota than they would to most other teams. For this reason, we can say that this is definitely a good get for the Twins at this cost.

On top of all that, if Nolasco and Hughes can simply eat innings for the next few years while Miguel Sano and Byron Buxton come up and start eating baseballs, the Twins might actually not suck. Maybe.

Another quick note on Hughes.

My ERA Estimator TIPS is very fond of him. Hughes has had the following TIPS the last 5 years:

TIPS believes Hughes has a true skill of around 3.75. He is one of the few outliers who have significantly under-performed their TIPS over a sample of multiple seasons . A pitcher with a similar statistical profile is Francisco Liriano, who had similar TIPS and ERAs to Hughes in the past years, but finally lived up to his TIPS in 2013.

As you can see, they are very similar in numbers. The main difference being Liriano’s 3.02 ERA this year compared to Hughes’ 5.79. Hughes may be in for a breakout year similar to Liriano’s this year.