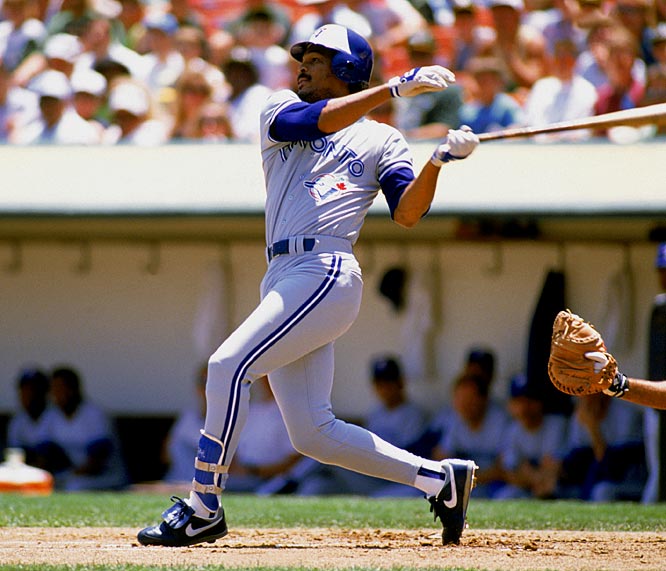 Toronto selected the outfielder George Bell from the Philadelphia Phillies in 1980. The right-handed hitting slugger, averaged 2.4 WAR in 9 seasons with the Blue Jays, and is without a doubt the team’s most successful Rule 5 pick ever.

After a inauspicious and nondescript three days spent in Florida, the Blue Jays Winter Meetings experience will officially conclude on Thursday with the annual Rule 5 draft.

What is the Rule 5 Draft?

The Rule 5 draft is an annual major league player draft, designed to keep teams from stockpiling young players in their minor league affiliates, rather than promoting them within the system or to their big league rosters.

How does it work?

Eligible players must be added to their team’s 40-man rosters every year by a given date, or else they are risked being lost to another team during the selection process. The draft positions are generally in the reverse order of the previous season’s standings. A team may select a player and purchase their rights from their former team for $50,000. After being selected, that player has to stay with the selecting team’s 25-man roster for the entire season, or else be offered back to his old team for $25,000 – half the price originally paid.

Players are eligible for selection in the 2013 Rule 5 draft who are not on their major league organization’s 40-man roster and were drafted out of high school or signed as in international free agent in 2009, or drafted as a college player in 2010.

Toronto added right-handed pitcher, and former 1st round pick, Deck McGuire as well as outfielder Kenny Wilson to their 40-man roster prior to the November 20th roster deadline. 32 other players were left unprotected for the major league phase of the Rule 5 draft with the most notable being:

Former college starter, converted to relief late in 2013. Stuff plays up out of pen. Fastball now sits 94-96mph with good movement. Above average slider. Trouble with left-handed batters. Some effort to delivery.

Short athletic right-handed pitcher. A former college closer. Shows the durability to start but stuff could also play up in relief. Sinker-slider type of pitcher. Fastball sits in the low-90s up to 94 with hard downward movement. Fastball loses velocity later in starts, but it also tends to sink more. Pitches to contact. Posts well above-average groundball rates. Also throws a cut-slider. Not a swing-and-miss pitch but can induce weak contact. Needs to develop changeup, to be more effective against lefties and if he wishes to continue starting.

Loose arm with athletic body. Works quickly. Throws from a 3/4 arm slot with good movement on his pitches. Predominantly a fastball pitcher. Fastball sits 91-94mph, with a peak of 95. Also throws a slider at 74-80mph and a split-change at 76-78mph. Heavy fastball produces a good amount of ground balls. Scouts say his pitches lack deception and are easy to pick up.

Hard-throwing lefty reliever with plus fastball velocity at 92-93mph, peak of 96. Throws from a 3/4 angle with lots of movement, producing weak contact. Nasty slider that is a strikeout pitch right now. Also throws a curveball and changeup from time to time. If Ybarra could stay healthy he has a chance to be a major league reliever. Very low line drive rates. Was more dominant against righties than lefties in 2013, but was effective against both. Needs to improve control and command.

Big lefty reliever with excellent arm strength. Fastball sits comfortably in the low-90s and consistently hits the 95-96. Throws both a 2 and 4-seam fastball, as well as a cutter. Curveball is best offspeed pitch with 12-6 break. Will also mix in a sinking changeup in the low-80s. Shown to be equally effective against right handed and left handed batters so far in his career. Progress has been stalled by two consecutive Tommy John surgeries in 2010 and 2011 respectively.

With the aforementioned additions of McGuire and Wilson, Toronto’s 40-man roster now stands at 39 (after Thad Weber’s rights were sold to a Korean team). The Blue Jays will have the 9th pick in the Rule 5 draft. Below, I’ve listed some players who could be of interest to them.

Hard-throwing reliever with a fastball that sits in the low-90s with a peak of 95mph. The pitch is thrown from a 3/4 arm-slot and possesses heavy sink as indicated by a career groundball rate of 51.1%. Drake’s best pitch is a plus 82-85mph slider with very good bite. It can be a wipeout pitch when it’s on, accounting for 19% KS rate. Additionally he allows very little hard contact, having allowed only 11 home runs over 211 minor league innings and a sparkling linedrive rate of 10.8 and 8.2% in 2012 and 2013 respectively.

A scrappy infielder with excellent makeup and bloodlines. Father played for the Cardinals. Excellent fundamentals which you would expect from the son of a former big leaguer. Capable of playing shortstop, second, and third base, Figueroa’s versatility is one of his best attributes. While he doesn’t have great range and his arm strength is only slightly above-average, he’s considered a sure-handed defender at all three positions thanks to good positioning and instincts. Offensively, Figueroa has a short, compact swing designed for contact. While not a power threat by any stretch, but he does hit a fair amount of linedrives as seen by his 21.8% linedrive rate in 2013. Figueroa also shows excellent plate discipline. He walks (10.1%) almost twice as much as he strikes out (5.6% ), and does a good job getting on base. While he’s not the fastest player in the world, he’s shown himself to be an excellent base stealer. Another one of those lefty hitting infielders, who seems to hit hit better against left handed pitchers than against right handers, though he hits against both pretty well overall. Could find himself on a team’s bench as a super-utility type. Also carries a reputation as a very good bunter. 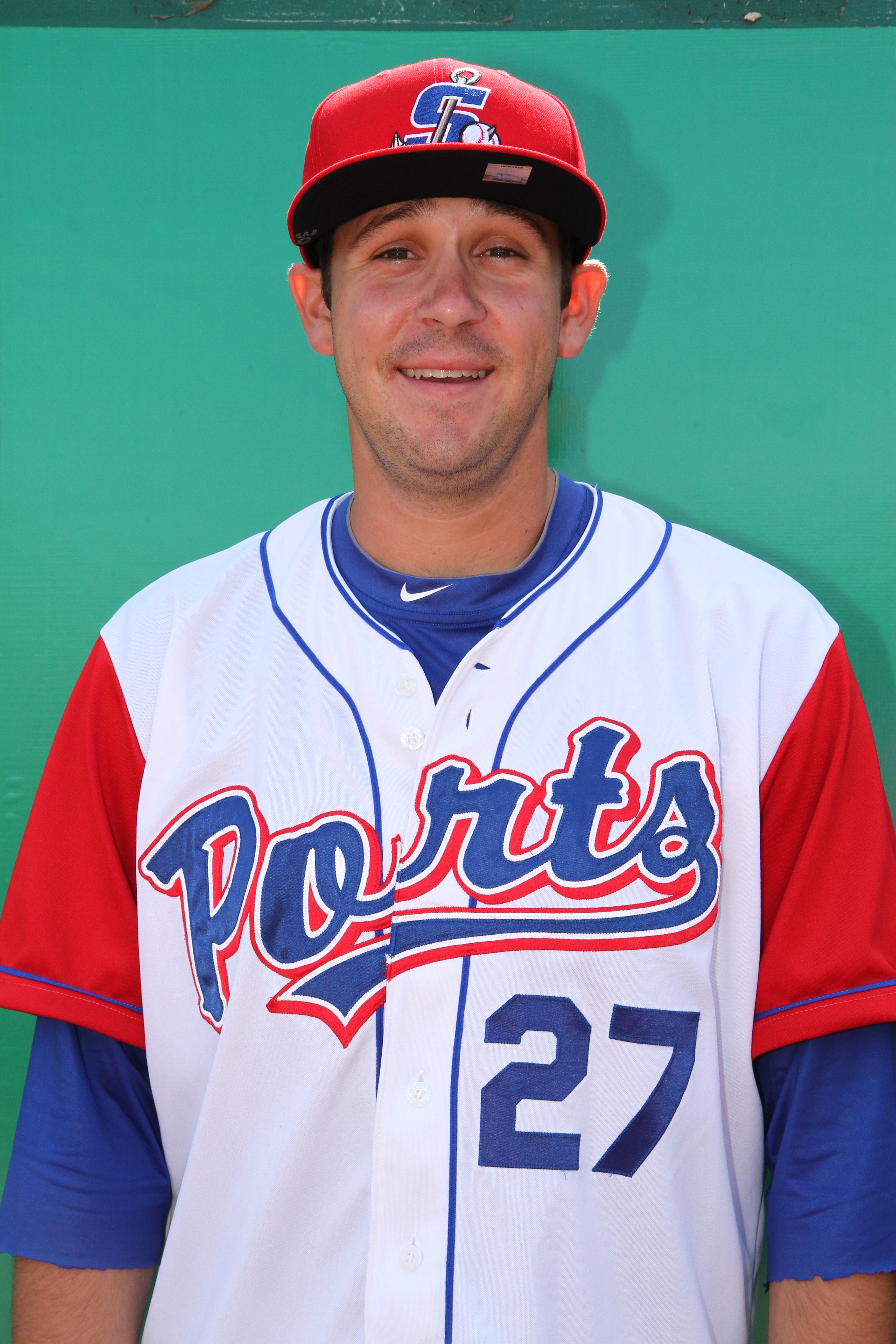 A a sinkerball pitcher who throws from a deceptive low 3/4 arm slot. Not really a power pitcher, he has outstanding control and a surprising knack for generating strikeouts. Fastball will usually sit in the high-80s to low-90s with tremendous movement. Thornton also throws a slider and a changeup which is a pretty effective pitch for him. Given his delivery, he has been dominant against right-handed batters, but he’s been more than able to hold his own against lefties

Acquired by Seattle from Baltimore in exchange for former Blue Jays outfielder Eric Thames. Kelly was rated as Baltimore’s 19th best prospect according to minor league ball prior to the 2013 season. A switch-hitter with a polished approach and good on-base ability. Kelly won’t strikeout much, but he also doesn’t have a lot of pop, and is not a basestealing threat. Ability to play both the infield and outfield gives him some defensive versatility, but he’s not overly toolsy, and likely won’t be more than a passable defender at either of his potential positions. Very close to the majors and could be a useful bench bat/super utility type with a slight chance, however unlikely, of maxing out as a division two regular at second base.

A speedy infielder with a strong arm, Herrera has the raw tools and instincts to play either shortstop or second base, but needs more reps. Offensively, he shows excellent contact ability, and a solid approach. While he doesn’t walk a great deal now, he also is not a free swinger, and will lay off of bad pitches and work himself into good counts. A left handed hitter Herrera has hit better against lefties thus far in his career. He has more pop in his bat than you would expect for a player his size, thanks to his quick bat and strong wrists. Could be a good number two hole hitter someday. While likely not ready to contribute at the big league level, even on a part-time basis right now, if there’s any player available in this draft who has a chance to surprise and become the next Everth Cabrera for some team I’ll bet on Herrera.

Others names to know

Can play outfield, first base, and some catcher. Solid bat speed, good power, and strong plate discipline. Strong arm behind the plate (40cs% for career), but blocking and receiving still a little rough.

Swagerty at his best flashes 3 above-average to plus pitches in his mid-90s fastball with tremendous sink, a nasty hammer curveball, and a diving split-changeup. He has the command, the stuff, and repertoire to be a starter, but his size and high-effort delivery make him best suited to a relief role, where he could be dominant. Has missed a lot of time due to various injuries, and is only now working his way back.

Possesses a low-90s fastball and a potentially-plus curveball but injuries, inconsistencies and command issues have kept him from reaching his potential. Has the raw stuff and makeup to be a late-inning reliever, where his stuff would play up.