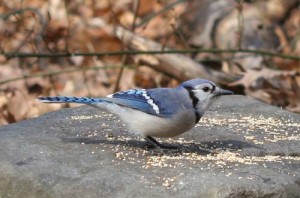 Bird Seed is your regular recap of recent baseball happenings, information, rumours, and how it all affects the Blue Jays.

After a very, very quiet period lacking much real news, the MLB off-season has picked back up with some big news.

Starting us off is the ongoing saga that is Masahiro Tanaka. The newest rumor making its rounds around baseball is that 5 teams have submitted their offers to Tanaka’s agent, Casey Close, and none of those teams include the Blue Jays. Rather, according to Bernie Pleskoff, the five teams to submit offers are the Yankees, Dodgers, D-Backs, White Sox and Cubs. Close notably also represents Clayton Kershaw of the Los Angeles Dodgers and Derek Jeter of the New York Yankees. A report from Nikkan Sports (which is unfortunately in need of some translation) suggests that most of the offers are for over $100 million. Wunderkind insider Chris Cotillo also reports that the Astros met with Tanaka, but aren’t sure if they have made a formal offer. None of this, however, could be mistaken as good news for Blue Jays hoping to see Tanaka don a Jays cap in 2014.

Clayton Kershaw has agreed to a 7 year, $215 million deal with the Los Angeles Dodgers. Kershaw’s deal is the richest deal for a pitcher in MLB history, beating Justin Verlander’s 7 year, $180 million extension by a significant amount. His $30.7 million  AAV is also the highest a pitcher has ever received.

Kershaw is coming off of a monster season in which he posted a downright unbelievable ERA of 1.83, with a 2.88 xFIP and 6.5 fWAR in 236.0 innings pitched. Kershaw is the #2 pitcher in baseball ranked by fWAR over the past 3 years, with 18.5 fWAR, just short of Justin Verlander’s #1 mark of 19.1, but far ahead of Felix Hernandez’s #3 mark of 16.6. Kershaw is a 3 time All-Star and a 2 time Cy Young Award winner. Breaking Blue Projections, created by our very own Chris Carruthers, have Kershaw pegged to provide 4.2 WAR next year, with a 3.32 xFIP.

Speaking of ongoing sagas, the Alex Rodriguez story has been just that. With all the plot twists and great acting of a Hollywood thriller, Alex Rodriguez has continued his fight against Bud Selig and Major League Baseball. The story took a turn for the better for A-Rod, as head-honcho Commissioner Bud Selig has reduced his suspension all the way down to 162 games from 211, according to Bob Nightengale. Rodriguez issued a statement (CBS Sports has it in its entirety here):

“The number of games sadly comes as no surprise, as the deck has been stacked against me from day one. This is one man’s decision, that was not put before a fair and impartial jury, does not involve me having failed a single drug test, is at odds with the facts and is inconsistent with the terms of the Joint Drug Agreement and the Basic Agreement, and relies on testimony and documents that would never have been allowed in any court in the United States because they are false and wholly unreliable. This injustice is MLB’s first step toward abolishing guaranteed contracts in the 2016 bargaining round, instituting lifetime bans for single violations of drug policy, and further insulating its corrupt investigative program from any variety defense by accused players, or any variety of objective review.

With the money they have saved from the suspension, all of $25 million, the Yankees should now be able to go after Masahiro Tanaka, even after signing Brian McCann, Jacoby Ellsbury, Carlos Beltran, Matt Thornton, Brendan Ryan, Kelly Johnson, and Brian Roberts. Our newest writer, John Havok, outlined the situation in his debut article. Welcome aboard, John.

The Blue Jays have even gotten in on the news this week, signing 2nd baseman Chris Getz to a minor league deal. Getz, 30, has spent the last four seasons with the Kansas City Royals. No one will confuse him for an All-Star at the keystone, however, as he has been worth a total of 0.8 fWAR over the past 3 years. He is the proud owner of just 3 home runs in 1546 MLB plate appearance, and boasts a 67 wRC+ for his career. As a comparison, in his 121 PA last season, Ryan Goins posted a 62 wRC+. With batting stats like that, you would think Getz has a great glove like Goins, but he really doesn’t- his UZR/150 for his career is just 2.1. His value does, however, lie in his base running, as the quick runner has provided 3.7 BsR/150. He will compete with Maicer Izturis and Ryan Goins for the 2nd base job.

We end on rather disappointing news regarding a former Blue Jay, and a rather important one at that. Vernon Wells has reportedly been released by the New York Yankees. Wells, one of the better Blue Jays in the team’s history, has fallen off of a cliff since leaving, combining to post -0.2 fWAR cumulatively in the past 3 years. Wells owns 24.6 fWAR for his career and topped out in his 2006 season, with 5.7 fWAR and a 128 wRC+. He was traded to the Angels after the 2010 season, and then traded to the Yankees after the 2012 season, with the Angels retaining a large portion of his salary- in fact, they will be on the hook for $18.6 million dollars of the 35 year old’s salary this year, with the Yankees paying just $2.4 million. It’s not all doom and gloom for the former Jay, though, as the Phillies have already expressed some interest. Yes, the Phillies. Some jokes just write themselves. Nick Cafardo suggested as much in this article:

Vernon Wells, OF, free agent — It’ll be interesting to see whether Wells elects to retire and collect $21 million or hook on with another team after his release by the Yankees. One American League special assistant said, “It’s a no-brainer if you need a righthanded bat. He still hits lefties well [.269 last season], can play the outfield, not like he used to, but he’s basically a minimum-salary guy for any team since the Angels are still paying most of the freight.” The Phillies have expressed some interest, but a few teams are beginning to consider a look-see for the 35-year-old former All-Star.

Have a link that you think should be in Bird Seed? Tweet me @JacobDanovitch and let me know.

Logan Forsythe Is Available! Be Still, My Heart!
Open Letter to Bud Selig RE: Baseball Hall of Fame